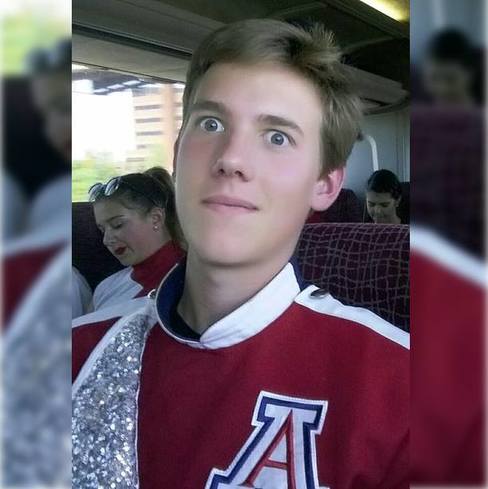 Future: You know as well as I do

Fun Fact: In the fall of 1926, John Byrd “Button” Salmon was the newly installed student body president at the UA, a promising student and member of note of several of the school’s honor societies. He also was a varsity quarterback, a baseball catcher and generally acclaimed popular campus figure. He embodied all-around. In early October after the Wildcat varsity defeated the freshman squad in an annual match at the time, Salmon and several friends were returning from a visit to Phoenix, and an automobile crash north of Tucson near Florence left the young athlete critically injured. Salmon, then 22, lost his battle and died the morning of Oct. 18. A memorial service was held on campus that week, drawing a reported thousand mourners, and a line of cars stretched miles to his burial plot. The coach at the time, J.F. “Pop” McKale, had visited Salmon in the hospital regularly before his death, and later told the squad the young athlete’s last message to his teammates was, “Tell them... tell the team to bear down.”

Favorite Quote: ​“Tell them... tell the team to bear down.”